RFS Architects is a full service design firm where we pride ourselves in completely satisfying our clients’ needs. Through our attention to detail, clear communication, and a history of building and maintaining  strong relationships with our clients, we address and work through challenges before they become problems. By using our vision, foresight, knowledge and experience, RFS Architects is committed to going above and beyond all expectations.

The architectural firm of Riddick Fiedler Stern, PC was founded by Don Riddick in June of 1982 in Norfolk, Virginia under the initial banner of Riddick & Associates, PC.  After working for Clark, Buhr and Nexsen; Williams & Tazewell; and MMM design Group for a combined 17 years, Don hung out his shingle on 21st Street in Norfolk as a lone architect.

While the early start-up months were laced with residential and commercial additions, Don was turning out 30,000 SF office buildings and other commercial projects within two years. By the fall of 1984 the firm had grown from one individual to a well-qualified staff of 8.

After 38 years and thousands of projects with construction costs exceeding $40 million, the firm has garnered a reputation for good design, attention to detail and continued quality control.  Under the current name of Riddick Fiedler Stern, PC, the firm maintains a staff ranging 15 to 20 highly qualified design professionals.

Don was born and raised in Portsmouth, VA. After studying engineering at Old Dominion University for two years he worked as a draftsman at a local design firm for one year. In 1966, he joined Williams & Tazewell in the architectural intern program. During his 12-year tenure with Williams and Tazewell he was heavily involved in (among others) the Bank of America Building, Norfolk Scope / Chrysler Hall, Virginian Pilot Plant, James Hurst Elementary School, three Charlottesville Recreation Center projects, and the Hague Medical Building. He completed the Architectural Intern Program in 1976 and became a Registered Architect in Virginia and nationally with NCARB. He joined MMM Design Group in 1978 and became Assistant Architectural Department Head leading many significant projects including Cox High School, The Old Post Office Building Renovation (DC) and EVMA Parking Facility. In June of 1982, Don founded Riddick Fiedler Stern, PC (Riddick & Associates) and continued to play a major role as the Architect on numerous projects including six hotels, twenty office buildings, 5 residential condominium complexes, 6 multi-family military facilities, 3 recreation/fitness centers, over 50 grocery stores, 4 strip shopping centers, and 15 industrial processing facilities. Don has been registered in eleven states on the eastern seaboard and holds current registration in eight states. He has been a member of the AIA and NCARB since 1976. 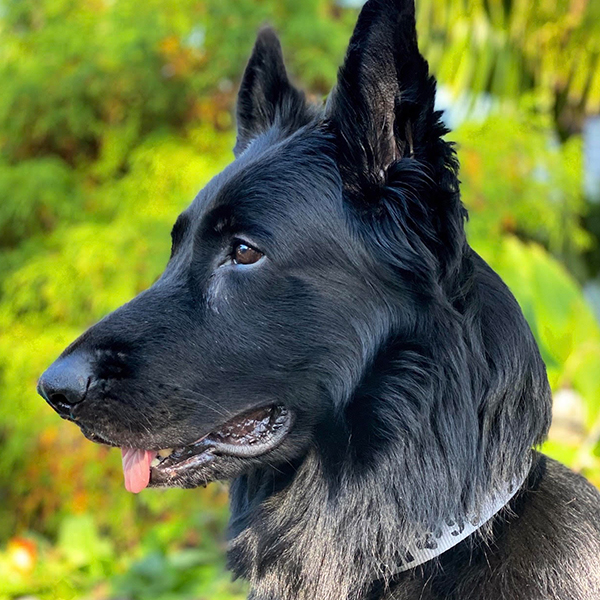 Behren became a part of RFS in early 2020 when most of the staff, due to Covid, began working remotely. Since it was imperative to maintain some onsite personnel, Behren joined the firm and quickly became our security supervisor. He came with very little office experience, but has settled into his new role of eagerly greeting visitors and keeping a keen eye on everything. In his free time, Behren enjoys his family (especially his mom, Aubrey), playing with his other canine friends, and loves being taken on long walks in Carova Beach, NC.
Abbott Addesso 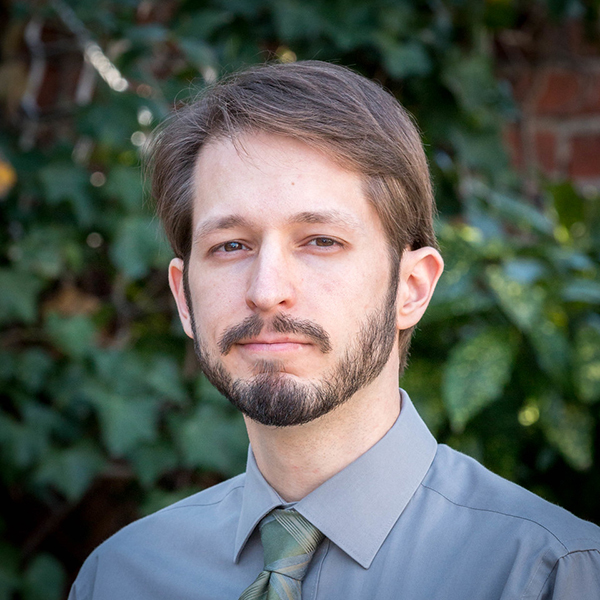 Abbott was born in Norfolk, VA where he earned a Bachelor of Fine Arts from Old Dominion University in Studio Art sculpting metal. He went on to earn a Master of Architecture from Virginia Tech’s School of Architecture + Design where he spent a semester traveling through Europe studying art and architecture. Coming from a family of artists, he has always had an appreciation of aesthetic, with an affinity toward the technical in design. Abbott Addesso also aims at an avocation as an archer.
Email: abbotta@rfsarchitects.com
Barbara Canen
Project Manager 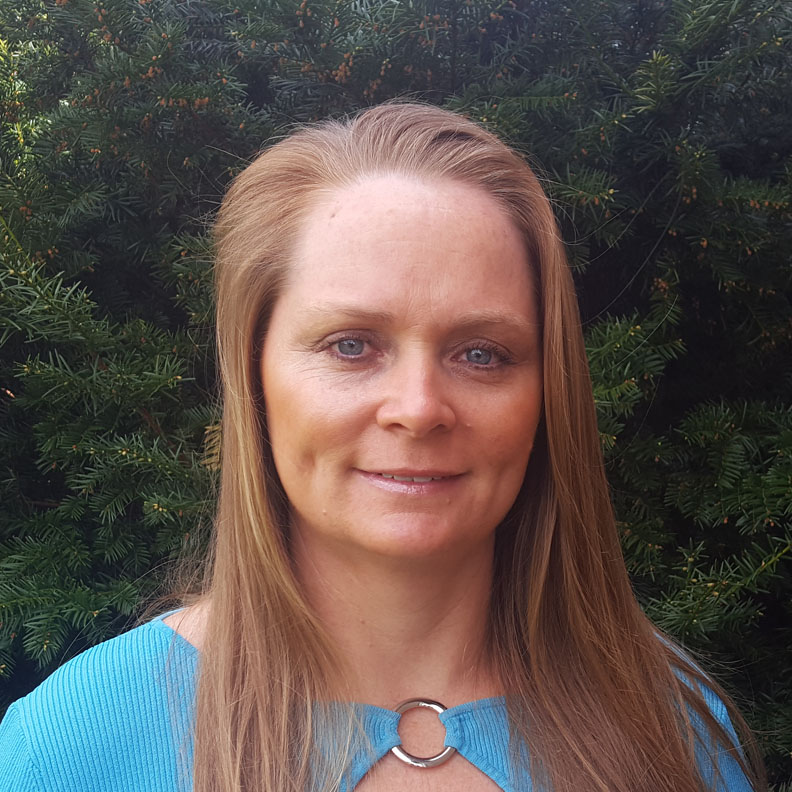 Barbara has been with RFS Architects since 2000. She was born in Mountain View, CA and moved around with her military family. She received her Associates Degree in Interior Design from Brooks College in Long Beach, CA. Barbara enjoys problem solving and working closely with the client to ensure that their needs are met. 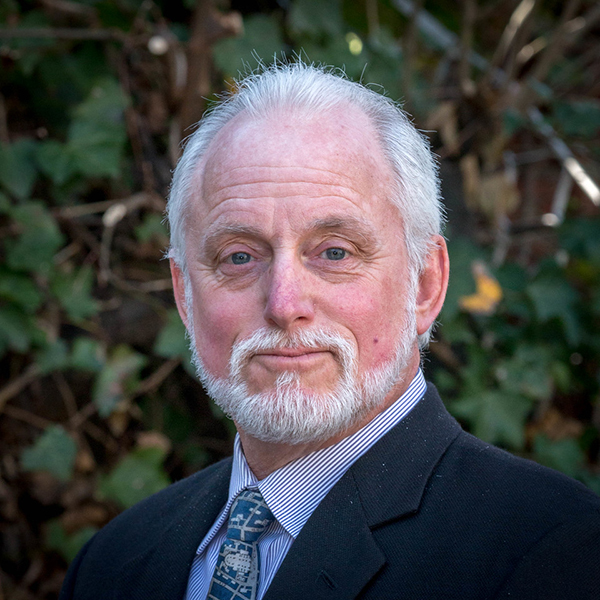 Joe was raised in Virginia, and after receiving a liberal arts degree from Washington and Lee University, worked in sales and service management, including 18 years as a partner in a boat business. A midlife desire to pursue an old interest led Joe to first learn computer drafting, and then earn a Bachelor of Architecture degree at Hampton University. Joe has been with RFS Architects for 17 years, working as an intern, project manager, and now architect and Associate. He has recently been involved primarily in multi-family and commercial design projects, often redesigning older structures to comply with accessibility requirements. Joe has a special interest in combining renovation/re-use with green building principles, and adheres to the adage that the greenest building is a recycled building. He enjoys working on his 98-year-old house, and spending time sailing and kayaking with his wife on the Chesapeake Bay. 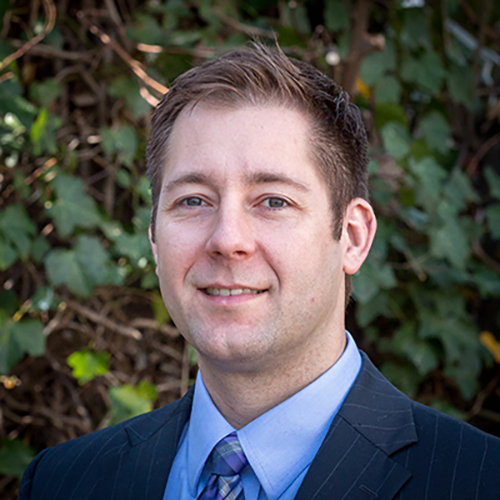 Pete was born and raised in Michigan, and moved to Hampton Roads in 2004. He received a Bachelor of Science in Architecture from the University of Michigan in 2004, a Masters of Architecture from the University of Oregon at Portland in 2009, and joined the RFS Architects team in 2010. His primary interests in architecture involve how the built environment influences society, and how people use the structures that they design. Pete is a registered architect in Virginia and seven other states, and a member of the AIA and NCARB. 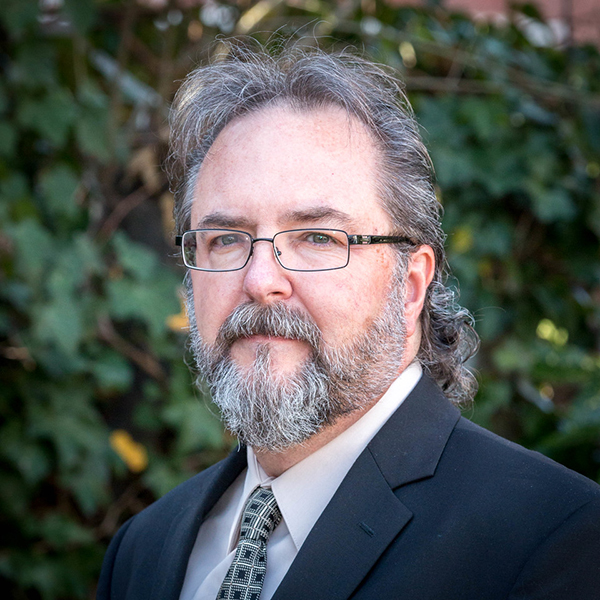 Architecture has been Bob’s passion from a young age. As the son of an engineer and an artist he has long had an appreciation for the ability of the built environment to inspire through both beauty and science. This appreciation combined with a love of solving problems led him to become an architect. As society continues to embrace the importance of reducing our impact on the natural environment and setting higher performance and sustainability goals for our future buildings, the need to inspire remains the same. While Bob sees this new frontier as challenging, he also sees it as an exciting time to be an architect. 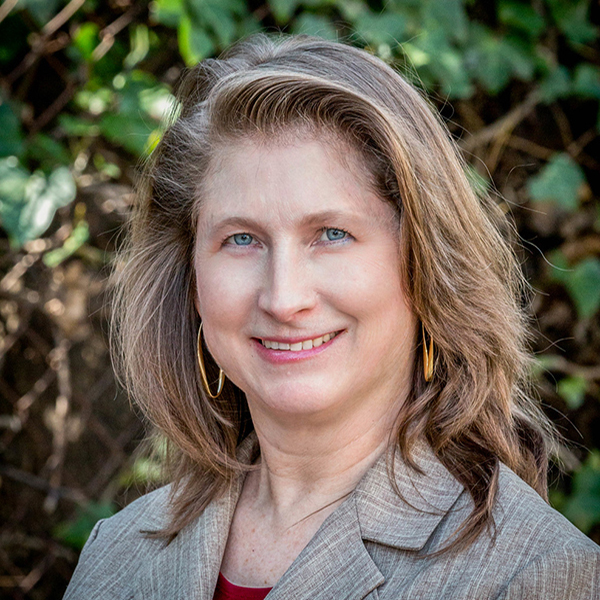 Trish is a certified Interior Designer with a Bachelor of Fine Arts from Virginia Commonwealth University and has been with RFS Architects since 1988. Her responsibilities include project and construction management, specification writing, space planning, interior design and IT management.Trish uses her construction knowledge, attention to detail and problem solving skills to create the best possible end result for every project. 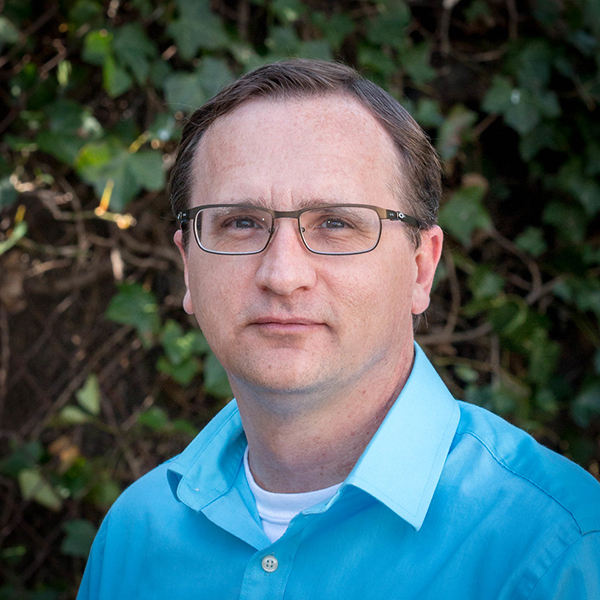 Donald was born and raised in North Carolina where he graduated from a two year architectural technical program at Coastal Carolina Community College in 1995. He spent three years with McPherson Design Group working in structural design and technical detailing. Since joining RFS in 1999 he has gained valuable experience in hospitality, industrial/processing, retail/grocery, office buildings and shopping centers. He is well versed in all areas of technical design, code research and construction phase documents. 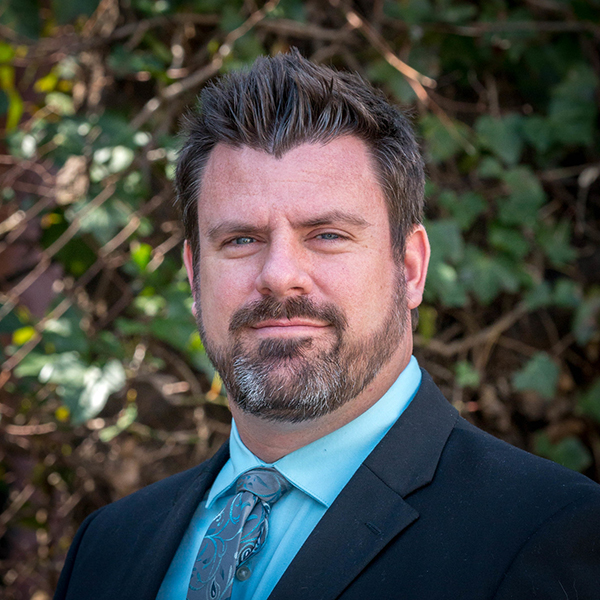 Jeremy Jones is a Senior Architect and has been with RFS Architects since 2005. He was born in Norfolk and has lived in the Tidewater Area all his life. Jeremy’s passion for architecture started at an early age with his love of drawing, painting and building models. He received his Bachelor of Architecture from Hampton University. Jeremy became a registered architect in 2009. What inspires him every day is the ability of an architect to transform someone’s idea, by combining creative design, technical requirements, surrounding conditions, and problem solving into a reality of the built environment. He has been a member of the AIA and NCARB since 2002. 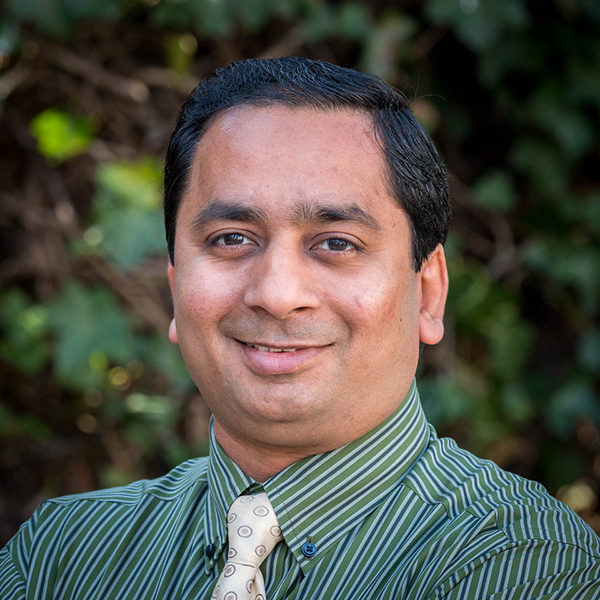 Chandresh was born and raised in the rapidly expanding city of Bombay (now Mumbai), India, where he became excited to learn about the city’s intricate spaces and their functions. His growing interest in developing form, function and beauty within a single structure encouraged him to begin the journey of space design. After finishing his architectural education in 2000 he moved to the United States to increase his knowledge of building techniques, design concepts and the problems that construction is facing in today’s world. Today he’s working as an intern architect with RFS Architects, where he designs and creates architecture with his knowledge of form, function, and construction detailing. 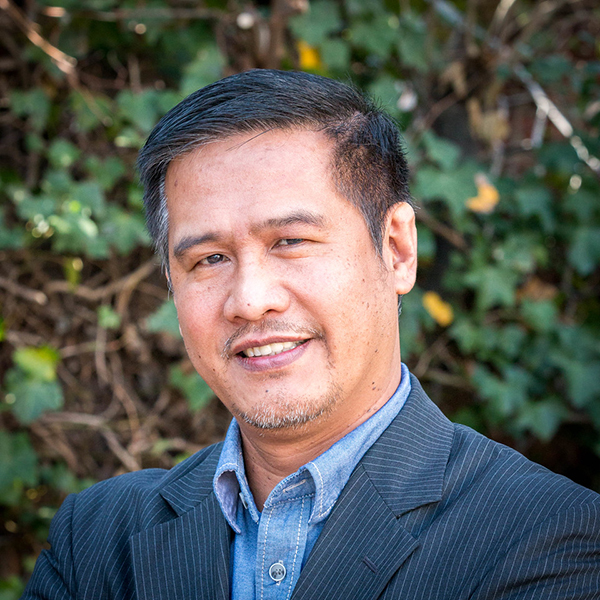 Johnny was born and raised in the Philippines, and moved to Virginia to be with his family in 2014. He received his Bachelor of Science in Architecture from Saint Louis University in the Philippines. Before he moved to the U.S. he had a diverse experience in the field of architecture, including design and construction, teaching and heading a campus planning and development office. He joined RFS Architects in 2015 as a CAD Technician. Johnny is hard working and loves doing architectural work. He loves to spend the weekends with his wife, sampling the gastronomic delights Virginia has to offer. 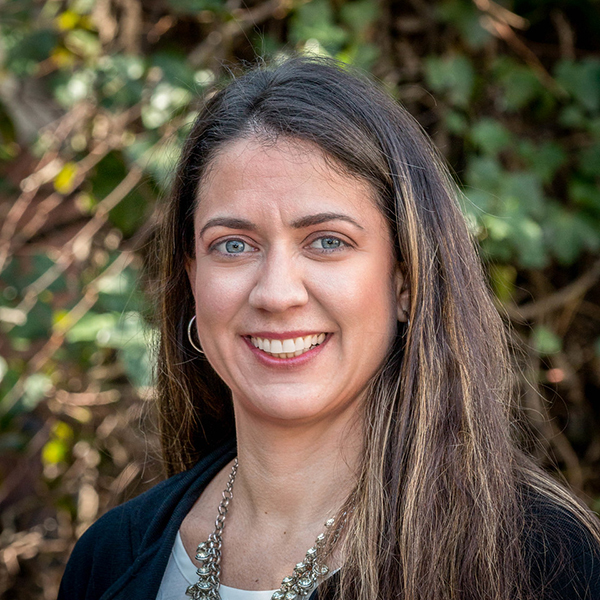 Cecilia was born and raised in Brazil where she received her Bachelor of Architecture and Urban Development of Pernambuco. She has 10 years of experience in Brazilian architecture and more than 4 years in American architecture where she has contributed to many design projects. Cecilia used to live in Tucson, AZ and moved to Virginia in the summer of 2015. She is interested in interior/exterior design and construction and enjoys being part of the RFS Architects family as a CAD technician. Cecilia loves to spend her free time with her husband and kids, traveling and playing. 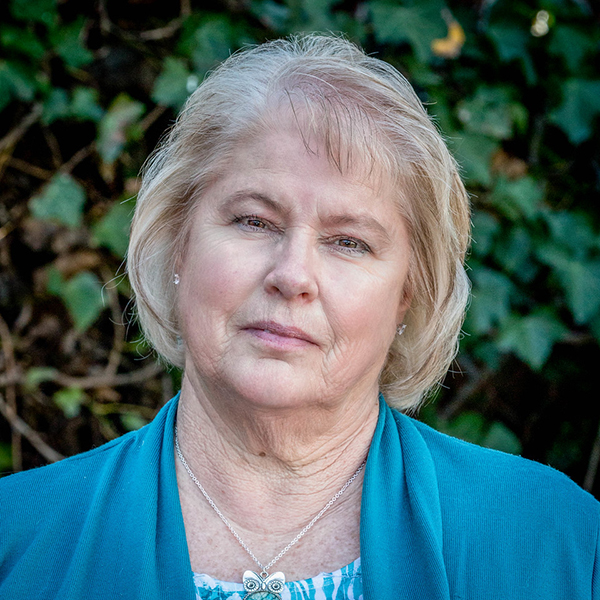 Susan was born and raised in Tidewater and spends most of her spare time either working in her yard or enjoying the Outer Banks of North Carolina. She started working with our firm as a bookkeeper over 32 years ago and through the years has become an integral part of our company. Her dedication to the operations of the company combined with her knowledge of our history has made her a valuable team member.Susan is looking forward to retiring sometime in the distant future and plans to travel extensively with her husband. 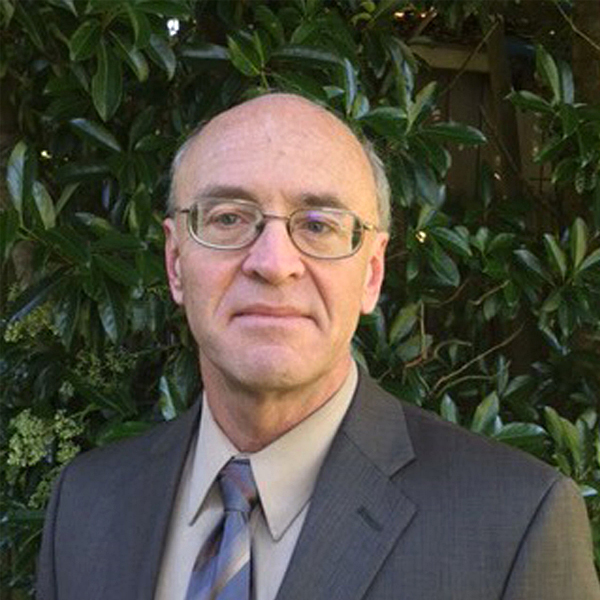 After Bob received a Bachelor of Architecture degree and B.S. degree in real estate development from Syracuse University, he left the snow and relocated to Tidewater Virginia. He has been an architect and principal of RFS Architects for more than thirty years, focusing mostly on managing a wide variety of projects for commercial and governmental clients. He is a member of AIA and CSI; is NCARB certified; and has been a USGBC LEED AP for more than twelve years. His Suffolk Health & Human Services Building received a LEED Silver rating for sustainable design and two of his recent multi-family housing projects were awarded Earthcraft Certification for energy savings. Outside of work, Bob enjoys the outdoors and is a runner whose favorite marathon races were at Boston and New York. 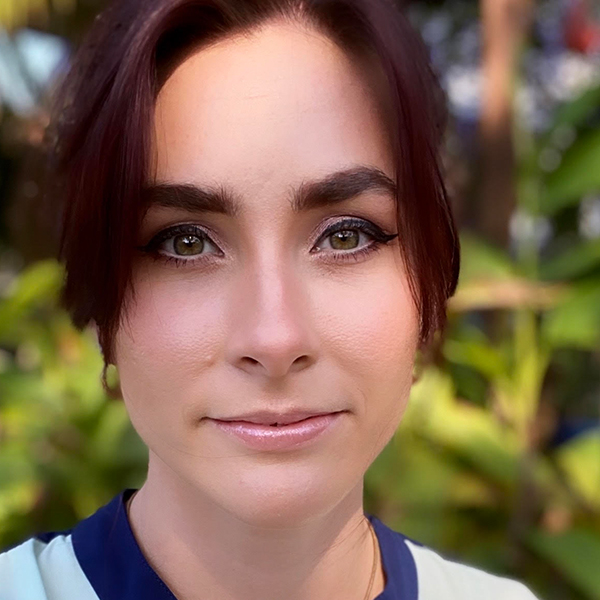 Aubrey was born in California and raised in Virginia.  She started working with RFS Architects in 2016, providing her with a welcome change of scenery from her years of managing a horse stable.  Aubrey runs our front office with ease and looks forward to coming into the office every day to assist anyone who needs an extra hand with an ongoing project.   She recently started training in CADD whenever she has free office time.  When Aubrey’s not working, she’s loves doting on her German shepherd, Behren, and horseback riding on her horse, Giovanni.